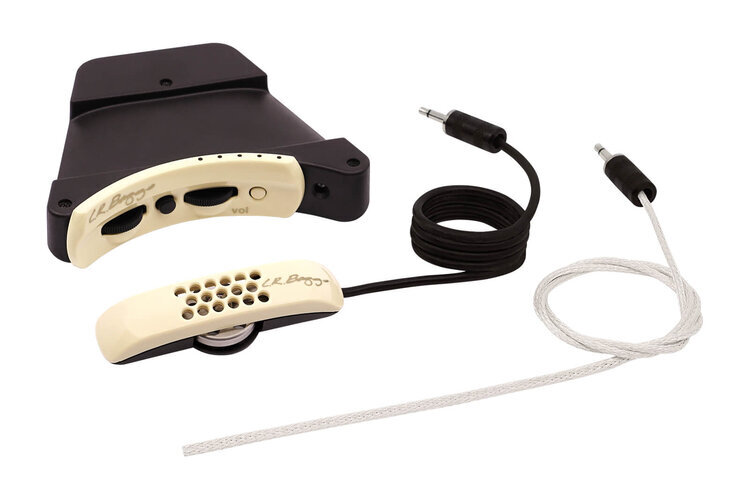 This mic-pickup system for acoustic guitars restores the dominance of the microphone in the sound mix. The heart of the system is a proprietary noise cancelling, feedback-resistant low-profile microphone which mounts on the bridge plate. A Baggs undersaddle "element" pickup is combined to enhance the lowest frequencies. These are wired to a soundhole mounted preamp-control module with volume, mix, phase and battery check controls. Combined signal is then routed to a standard "strapjack." Powered by a 9V battery. Very nice system.

After 30 years of effort we have done the very thing that every amplified acoustic guitarist has dreamed about and the very thing that no other pickup manufacturer has been capable of—unlocking the potential of a microphone to capture the very essence of your guitar with high feedback resistance for demanding stages.

Not obvious but equally important is that the natural ease and dynamics of the Anthem Tru-Mic liberates you to play freely without having to compensate for the pickup system. Now you’re free to play the way you like, plugged in or not.

At the heart of the patent pending Anthem is a revolutionary new type of microphone. Utilizing a proprietary noise canceling mic, the Anthem Tru-Mic eliminates any annoying honky or boxy qualities that have been previously associated with internal mic’ing, leaving the pure and natural sound of your guitar the way only a real mic is capable of doing.

Because the mic is positioned within a few millimeters of the guitar top, it has very high gain before feedback. The mic housing mounts easily to the bridge plate and the mic capsule hovers just 3 mm above its surface to take advantage of the PZM or “boundary” effect. This Tru-Mic technology picks up the sound of the vibrations of the entire soundboard and makes the mic unusually free from placement issues.

The sound quality and feedback resistance of the Anthem Tru-Mic now allows the mic to be the primary sound source in a mic/pickup system. This is unlike previous systems where only a small amount of the mic could be used to add some “air” to the dominant pickup signal. This is a radical new relationship between a mic and a pickup, as all of the detail, warmth and personality of your guitar is captured by the Tru-mic. The mic is augmented, for only the very lowest frequencies, by our Element under saddle pickup.

The feather-weight control unit contains all of the essentials; volume, mix and phase. It nestles securely just inside of the soundhole for easy fingertip access. The mix control allows a full blend between the augmented mic and full range pickup. A multi-segment battery check allows you to maximize battery life and peace of mind.

Under the hood is an all discrete preamp/mixer with our pure, clean LR Baggs signature sound that is trusted by top artists around the world. We have done all of the engineering so you can just plug in and enjoy the real sound of your guitar and the way you play, night after night. 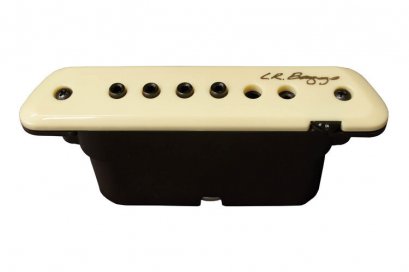 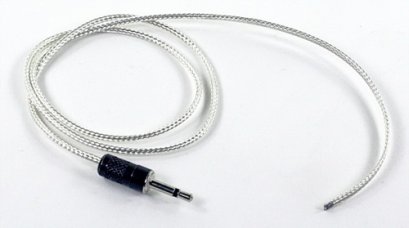 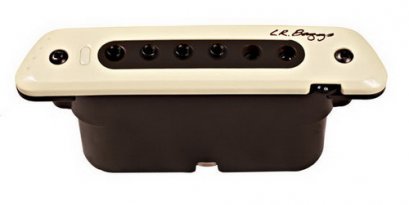